Here we will travel through the nervous system of the Mollusca, a wide ranging phylum which contains species in the numbers of tens of thousands, making it one of the largest Phyla in existence.

Mollusca is the name of a phylum that exists in the Animalia kingdom. The traits that run within a phylum tend to produce animals that are similar to a certain extent. Several characteristics that are shared between the Mollusca are the use of an invertebrate body. This invertebrate body has some effect on how the nervous system is integrated into a certain species that exists in the Mollusca Phylum, and that is that depending on how motive the animal is, the more complex the nervous system tends to be, based on how many challenges a certain species has to overcome.

The Mollusca is a very diverse phylum. Here we see the great difference between animals such as the Bigfin Reef Squid and something such as the clam. However, they share basic characteristics in their nervous systems that allow us to trace Mollusca Phylum species back to some common ancestor. 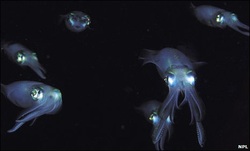 Bigfin Reef Squid- The Bigfin Reef Squid is apart of the Cephalopoda sub-section of the Mollusca Phylum. The Cephalopoda is known to have the largest brain out of all of the mollusca, and this aids them with all of their nervous system functions so that they can have a much easier time doing daily functions such as surviving in dangerous situations, being able to get food easier, and knowing more about its surroundings than other sections of mollusca. It achieves this with very sensitive eyesight and hearing. 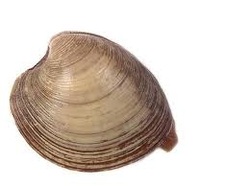 Clams- The general clam is apart of the Bivalvia sub-section of the Mollusca Phylum. Bivalvia tend to be very stationary throughout their lives, hence the very long life cycles, but this leads to them having a very simplified nervous system, where they do not sense as much as classes like the cephalopods. A complex nervous system is not necessary for a Bivalvia species. What is different about Bivalvia when comparing it to the other classes stated here, is that it contains no brain for the role of the center of the nervous system. It contains visceral, cerebral, and pedal ganglia with the latter two being like the Gastropoda's. The ganglia control different aspects of the clam, as well as other Bivalvia species.
Powered by