Here we will see the nervous system of the phylum of the Cnidaria, a phylum containing over 10,000 species, almost all exclusively found in marine environments. 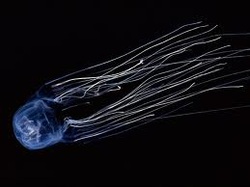 The phylum Cnidaria contains species of animals who have specialized cells that capture prey called cnidocytes. They are almost exclusively found in marine environments, both fresh and salt water.
Their bodies are made up of mesoglea, or a jelly-like substance that is surrounded by a one cell thick membrane of epithelium. Species of Cnidaria consist of jellyfish, Anemones, Hydroids, and Coral.

The nervous system of Cnidarian species is quite simple. They have no brain nor a central nervous system. Instead they have independent nerve nets that use sensory nerves to sense odors and motor neurons that contract muscles. Both of these nerves are used to indicate to cnidocytes whether prey is near, enemies are attacking , or is other cnidocytes have been released.  Once the cnidocytes are released, the prey becomes paralyzed and fall victim to the Cnidaria.
Box Jellyfish 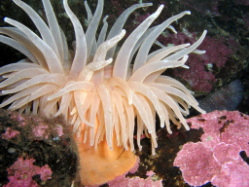 Sea Anemone- essentially a stationary jellyfish. It uses its tentacles, which contain cnidocytes, in order to paralyze prey, which it then engulfs its prey, 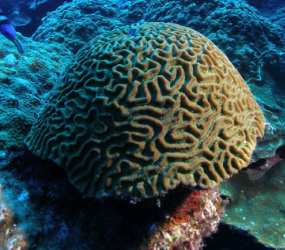 Segmented Brain Coral- Small polyps make up coral and during certain times, the polyps move out of there coral home in order to feed and then return to the coral when they have their fill. Once the polyps die their remains become incorporated into the skeletal structure of the coral. 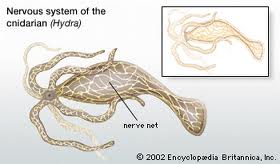