The Arthropoda Phylum is a great stand-out in the different phyla we have been looking at. It is extremely large, containing around 1.2 million species, with many more millions already being extinct. Some Arthropoda are destined to running Krusty Krabs with Porifera friers

The Arthropoda Phylum is one of the most diverse phyla in the 9 phyla this website travels through. All species of this class share very basic characteristics, even with the nervous system, but we can see the huge differences between the arachnid and the centipede, where there is a different number of legs, which would require a different sensitivity in the nervous system to operate. Arthropoda species are another phylum of species that lack a vertebrate, but they are distinct in that they possess their own exoskeleton that protects them from the outside world, most of which to them is the land world, where more support is needed to not fall apart, whereas in the water buoyancy will keep one afloat. As stated, there are around 1.2 million species of arthropoda, which allows for all of this diversity to occur more frequently.

Arthropods are very unique in that their sight senses are very sensitive and accurate, with species such as spiders having many compounded units in their eyes to see a much better picture of the world. Arthropoda species tend to have multiple sensory organs known as oceli. 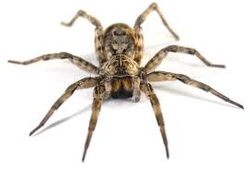 Spider- The Spider is apart of the Arthropoda Phylum. Its nervous system has most of the nerve masses known as ganglia fused together to create a system of highly interconnected nerves. Most of the brain is surrounded by ganglia that fuses together. The Spider's eyes are very unique in that there are many units of sensory organs that make up the whole eye, and these thousands of units help build an accurate view of the outside world. 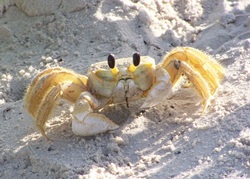 Crabs- The crab is apart of the Arthropoda Phylum. Famous research went on about crabs and other crustaceans dealing with whether or not they feel any pain. Most seafood dinners that involve crabs are prepared by putting the crabs in alive and then boiling them like that. Further research found that they do indeed feel pain. Their nervous system is interesting in that they have little hairs connected the most parts of the outside of their body, and these hairs sense touch that then send the signal to the brain. 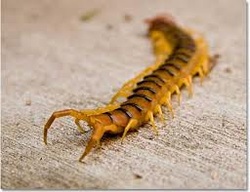 Centipede- The Centipede is a large range of species that belong to the Arthropoda Phylum. It is interesting in that the large masses of nervous system cells are spread throughout the body in equal proportions, but the ones near the areas around the head are of different mass than the ones that are throughout the rest of the body. This suggests that the head is of different important than the rest of the body. However, the equal distribution is interesting in that it is needed over the many legs that a centipede has. And when one have a lot of legs, one needs high sensitivity to keep control of all of them and stay away from harm.
Powered by